Is coffee good or bad for me?

Is coffee good or bad for me?

We drink an estimated 70 million cups of coffee in the UK every single day - but is this a good thing or bad thing for our health?

﻿There’s a constant barrage of health reports that seem to contradict each other, and the reason is that it’s quite a complicated area, and one that researchers are still studying. 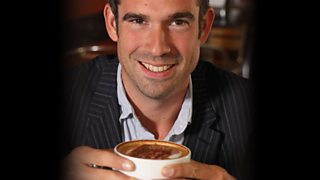 Firstly, coffee contains a whole cocktail of chemicals. The most famous of these is caffeine.

Caffeine is produced as an insecticide by plants, and many species contain it – including Kola nuts (used to make Cola drinks), cocoa beans and tea leaves, as well as coffee beans. It is also now used in energy drinks and many painkillers, as caffeine appears to enhance the action of painkillers such as paracetamol and ibuprofen. It also has a number of other effects on our bodies:

A chemical called adenosine normally builds up in our bodies as we are awake, and higher levels make us feel sleepy – it’s like our body’s natural egg-timer to tell us to start preparing to sleep. Caffeine, however, binds to the adenosine receptors in our brain and stops the sleepiness signal getting through, hence helping us stay awake.

Caffeine also directly stimulates our nervous system, making us more alert and focussed (although too much can make you anxious and shaky), as well as increasing our levels of adrenaline – putting us into a ‘fight or flight’ state, which can cause an irregular heart beat and higher blood pressure. This over stimulation could be bad for those with high blood pressure already.

However, coffee also contains a whole raft of other chemicals which can have very different effects. Many studies looking at the long-effects of caffeine are actually looking at the amount of coffee people drink and so some of the effects are most likely caused by other compounds in coffee rather than the caffeine.

Coffee is very rich in a group of compounds called polyphenols, which are another form of defence that plants have against insects. They’re found in all sorts of fruit and vegetables and rich sources of them are often called ‘superfoods’ by the press. Regular coffee drinkers may be getting as much as 1g of these compounds a day simply from coffee – and that’s a lot!

Polyphenols actually decrease blood pressure, reducing the risk of heart attack or stroke, and increase blood supply to the brain, possibly giving some protection against dementia.

Well, to get the most polyphenols from your coffee, go for the lighter roasts (sometimes labelled grades 1-2), and to keep your caffeine levels safe, don’t drink more than a couple of cups of caffeinated coffee in an hour. Pregnant women, though, should keep to a maximum intake of 200mg – that’s 2 cups of filter coffee – a day.